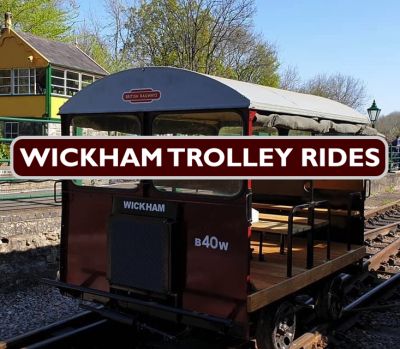 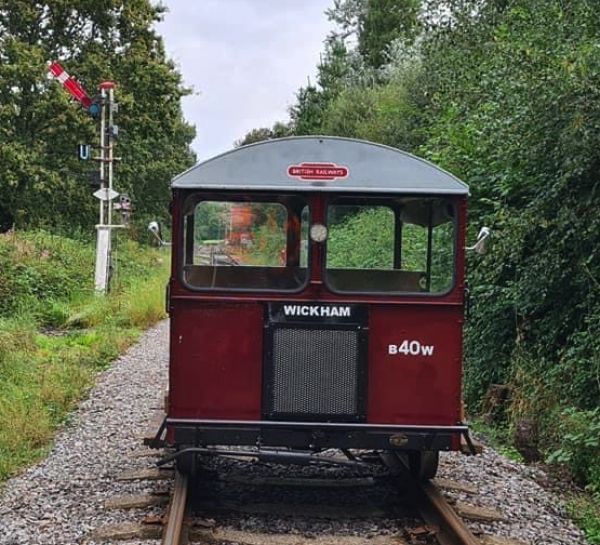 Wickham Wednesdays back for 2022 - Trolley Rides on the S&D

Following the very popular introduction of regular Wickham Trolley rides in 2021 we're please to announce that we'll be running a series of Wickham Wednesdays again in 2022. These unique trips are over the full length of our operating line and give passengers a unique view of what has been achieved so far in restoring the S&D towards Chilcompton.

Rides will take place from 10 am and the return trip takes approximately 20 minutes. Each trip starts and finishes in the station yard at Midsomer Norton. There are 2 ticket options - £5.00 for adults; £2.50 for children aged 4-16. Children aged 3 or under travel free.

Please note that the capacity of the Wickham Trolley is restricted to 6 in total per trip so your booking must not exceed this number (adults + children 4-16). A unique view of the restored S&D at Midsomer Norton

The ride on the Wickham Trolley provides excellent all-round visibility of the railway and especially the track and signalling that has been installed in the last 20 years or so. Here is the view it affords looking towards the southern end of the current extension and the in-filled cutting on the approach to Chilcompton Tunnel. These vehicles were mainly used for track inspection purposes and the one we have (a Type 27A) was originally supplied by D Wickham & Co Ltd to BR Western Region, Oxford in 1956. It was allocated to various localities, mainly in Wales,  until sold by BR in 1986. There then followed spells at the Narrow Gauge Railway Centre of North Wales, storage at Nuneaton, and then in 2011 to a new private owner in Dorset. Finally moved to Midsomer Norton in 2016 in "kit form" to undergo full restoration which was completed in 2019. Originally powered by a Ford 10hp engine it now uses the engine from a Reliant Robin! These trolleys were no stranger to the S&D and the last railway vehicle to be removed from Evercreech Junction was a Wickham!