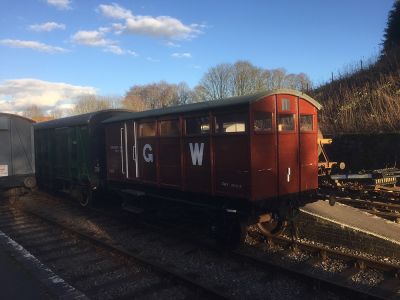 Originally a Toad brake van the veranda was filled in its latter days with the national railway it was a staff van for the Severn Tunnel.

On purchase it was moved to the railway from Highworth Junction, Swindon in 2006. Since its arrival it has been restored and is currently used as a messing facility primarily for the PWay team