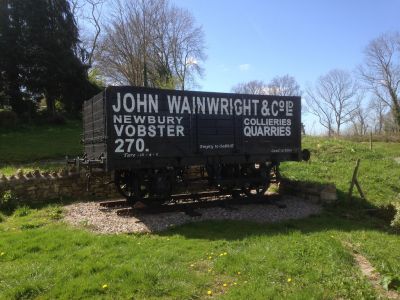 This is a fictitious number and livery, being based on similar wagons noted in the vicinity historically. This is a museum item, a non-working rebuild in 2011 of a wagon used in the 1950’s to 1970’s by the National Coal Board at Kilmersdon Pit. When acquired by the NCB it was given the number NCB 73152. A collection of these wagons was passed to the Somerset & Dorset Railway Trust, when that organisation was based at Radstock. Subsequent to their move to Washford, on the West Somerset Railway, this wagon became surplus to their needs and was donated to our Trust in 1999. The original wagon was built by Charles Roberts as a 7 plank open Private Owner wagon.