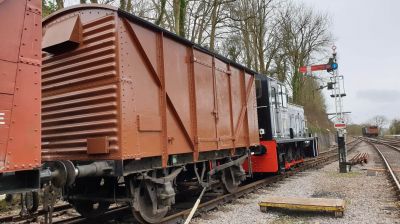 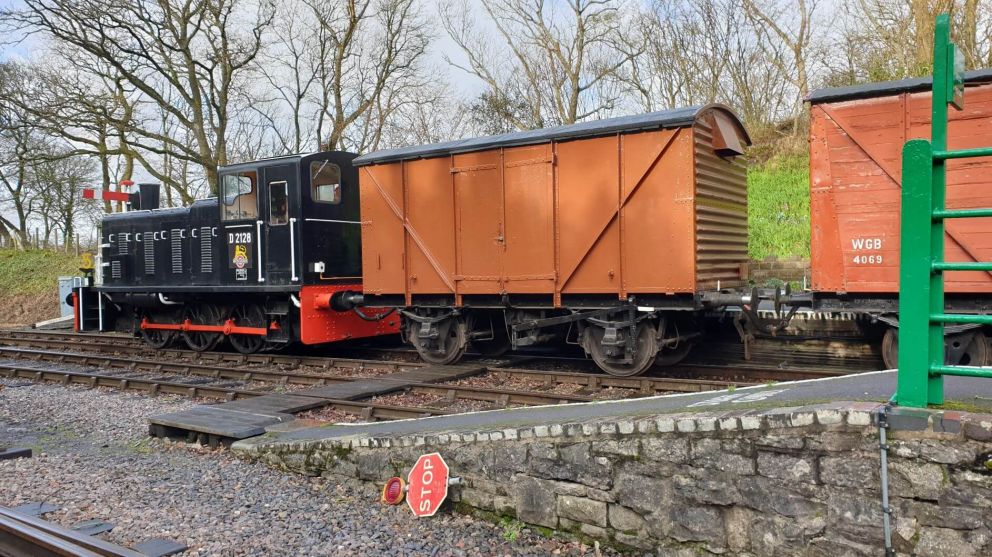 To be renumbered to B785169 from its Army number WG4069 this is 4 wheeled ventilated van. Many of this type of wagon were built but this example was to BR diagram 1/224 and was constructed by Pressed Steel in 1961. There has been no information forthcoming on its Lot number, or whether it was even owned by BR. To enable it to look prototypical in demonstration freight trains following some research the Trust has decided to renumber it within a range that were used by BR for this vehicle diagram and retaining its last 3 digits from its Army number.

This vehicle was one of the firsts arrivals on the S&D since the track was removed from the station in 1969 and was transported from Yeovil in 2005.

There has been extensive repanelling of one of the sides and the associated set of doors over recent months.