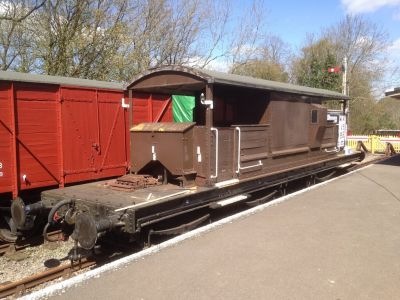 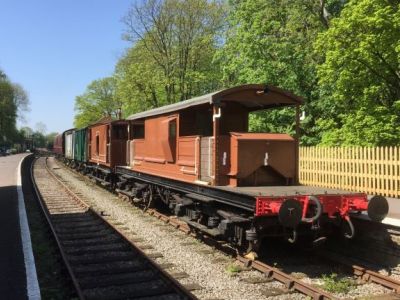 One of a number built by the Southern Railway in 1936 to Diagram 1550, Lot No. 867, primarily for heavy trains from Southampton Docks.

This large Guard’s van is carried on bogies and, because of the year it was built and due to its more comfortable and luxurious ride, was known by the Guards of the day as a ‘Queen Mary’.

It was built in two parts, the body at Ashford Works in Kent and the Chassis adapted from an early London & South Western Railway coach chassis at Lancing Works in Sussex.

Its original number was 56286, having a prefixed ‘S’ in BR days and finally ‘ADS’ when it passed to Departmental use.

It is 40 feet long and is rated at 25 Tons. It arrived at Midsomer Norton on indefinite loan to the Trust from a private individual and has been restored for use giving Brake Van rides to the public.  It can carry up to 16 passengers and is a very popular attraction when it is in service.