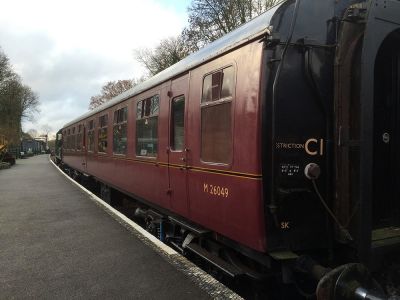 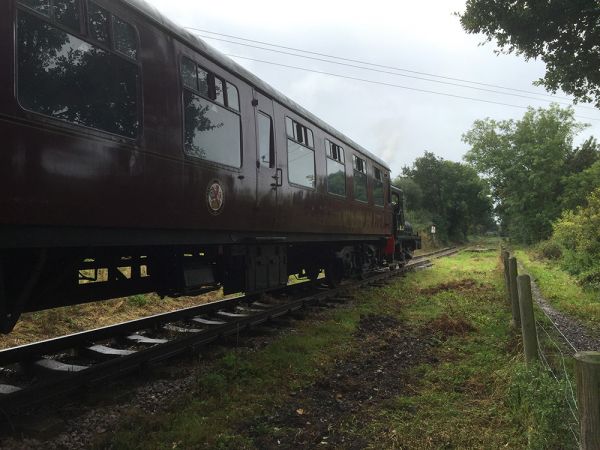 Built by BR Derby in 1962 to Diagram 146, Lot 30719. Entered service on BR’s Scottish Region and remained there until early 1976 when it was transferred to the Eastern Region before final withdrawal in January 1983.

Vehicles of this type were used extensively in trains over the S&D during the 195-/60s in both local and through holiday trains including the famous Pines Express. The separate compartments linked by a corridor down one side on this vehicle is an arrangement no longer seen on modern trains.

In 1983 it was purchased by a charter train company before being sold to Peak Rail. It was moved to the Midland Railway at Butterley and remained there for some years.

In 2005 a group of Trust members clubbed together to purchase the coach. Some restoration was undertaken at the Churnet Valley during 2008/9.

It arrived at Midsomer Norton in mid-2009 for restoration to continue. This was completed in 2016 and the vehicle entered service after a full safety examination.

In 2021 M26049 the ownership was transferred to the Somerset & Dorset Railway Heritage Trust.