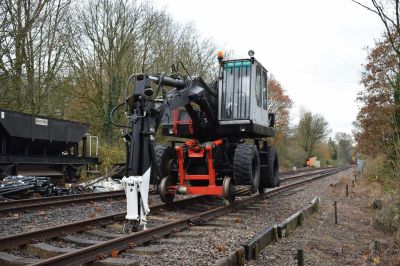 This KGT3000 Road Rail vehicle was bought from Thomas Rail Equipment Company at Cinderford in the Forest of Dean and was delivered to Midsomer Norton in 2004. It has played a major role in the extension of the railway as well as track maintenance activities.

It has been used extensively by the PWay team on the track extensions to the railway.

Recently it has been through major refurbishment to the bodywork with repanelling of the engine cowling together with a repaint into black. This livery was chosen because on track plant including steam cranes were painted black during the 1950’s and 60’s the time period the Trust is aiming to portray. 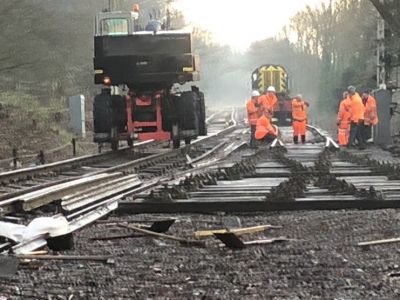 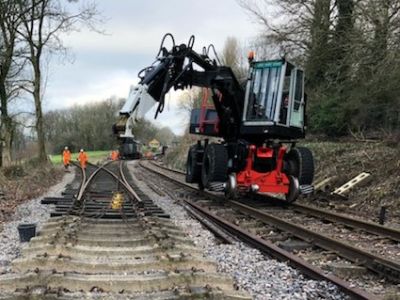