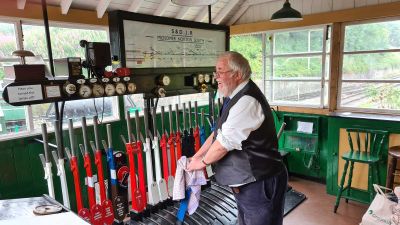 On Sunday August 22nd a group of his fellow volunteers paused before the first train run of the day to remember Will George who recently passed away. Will was known to many at Midsomer Norton for his work in the signalling department and the main image here shows him in his natural railway habitat. Will also organised a number of very successful RATs (Real Ale Trains) using his contacts with local micro breweries and CAMRA to good effect. In 2018 he became a Director of the Somerset & Dorset Joint Railway Co Ltd and in recent times it was his wish to continue with that role as long as possible despite illness and with the help of technology was able to participate in Company meetings and decison making until shortly before he passed away. He'll be sadly missed by all who knew him.

This picture was taken shortly before the departure of the first train of the day on August 22nd - volunteers gathered and at the sound of the whistle from Austin 1 a minute's silence was held to remember Will George. 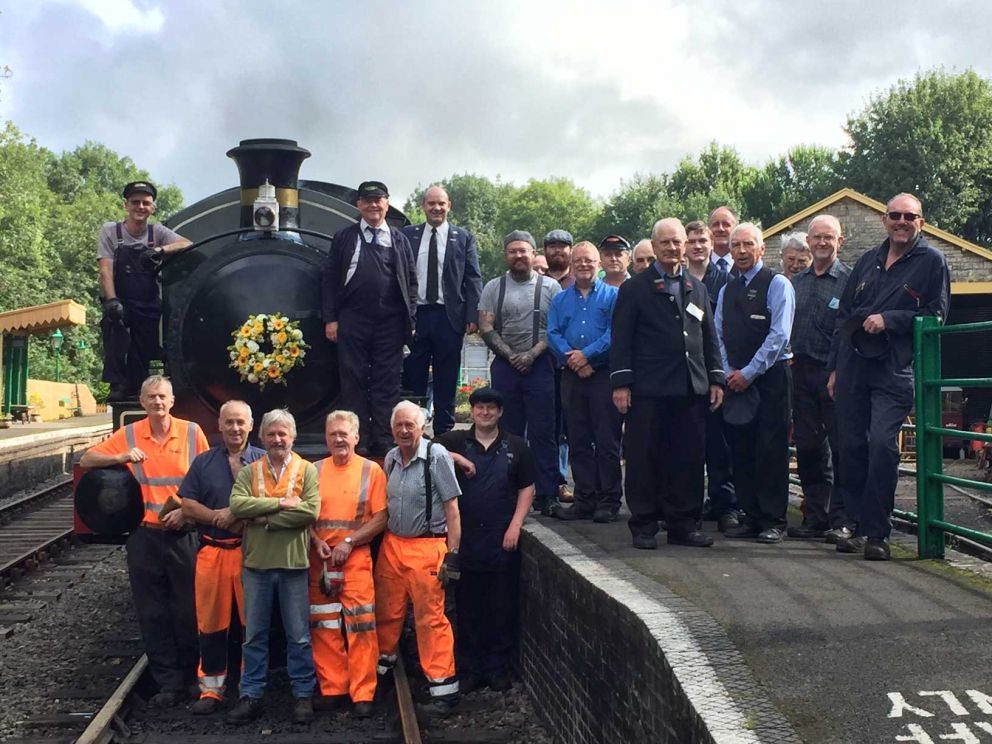