The Signalling Project at Midsomer Norton

One of the features that made the S&D so distinctive was the mixture of signalling that survived right to end as a backdrop to Ivo Peter’s lovely photography.

Many of the Stevens/L&SWR lower quadrant products from the 1892 doubling of the line survived, along with quirky homegrown variants,  SR upper quadrant types and even a few BR(WR) signals, all combining to give the railway a unique flavour. To rebuild a section of the S&D without the signalling would be to create nothing more than a glorified siding and it has been long felt by the S&DRHT that the signalling project elevates the rebuilding as a whole to the level of a ‘real ‘railway.

The project to signal with prototypical S&DJR/L&SWR/SR  equipment started at the former  Midsomer Norton South station in 2009. Directed by professional signal technician John Rideout and assisted by engineer Graeme Mayes the project began with the rebuilding of the signal box on its original site and this was completed in 2012 to such a high standard that it is impossible to tell that it is not the original. Encouraged by this and with the assistance now of a small band of signalling ‘devotees’, a plan evolved to signal the entire heritage railway operation that was being envisaged. A lever frame of the same type as the original was obtained from Branksome and provides 26 levers - unlike the original 16 lever frame, more than adequate for its new role as a terminus. Unfortunately, the founding fathers of the project left us in 2013 and since then the project has continued with a band of willing volunteers. 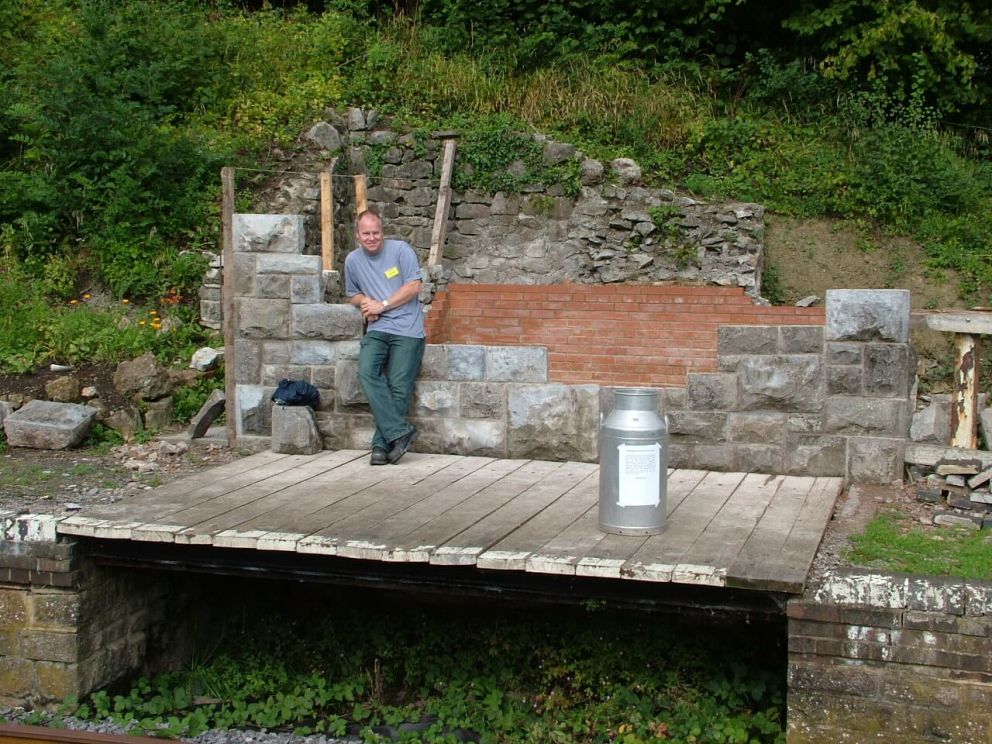 A large amount of SR signalling equipment was obtained from Paddock Wood and Faversham which has proved sufficient for much of the mechanical side. To remain prototypical, two new lattice signals were constructed on-site. We have also been fortunate in obtaining additional equipment from friends on the Dean Forest Railway, Swanage Railway and Network Rail. A flap signal, lattice doll and signal motor have been bought from the Bo’ness and Kinneil Railway in Scotland and transported back to Somerset in the back of an estate car though not at the same time!  Like all railway projects, the signalling design and equipment has to be subjected to rigorous testing at every stage. This was provided by a team of professional Signalling and Telegraph (S&T) Engineers without whose assistance, patience and encouragement the project would have failed long ago. The first phase became fully operational in 2016 when we were granted our Signalling Safety Certificate. Simultaneously the S&DRHT Company approved a training regime which, at present, has given us five fully trained signalmen to operate it.

The single line is worked by a tablet variation of ‘no signalman token’. Entry and exit for the single line is controlled by 3 running signals. Westinghouse / SR / BR (SR) disc signals control the sidings and crossover while one flap signal, of Caledonian Railway origin, graces the end of the up platform.  An in-section ground frame hut modelled on Downside Sidings has been constructed and furnished with a 4 lever Stevens knee frame. This is unlocked by Annett’s Key released from the signal box. This section of the line has a 1:53 gradient so protection against runaways is provided by a motor worked safety point leading to a short sand drag. The next major development is the commissioning of the Up siding into a running line to permit the passage of passenger traffic.  We envisage trains returning to Midsomer Norton station along the Up line and departing the station from the Up platform, crossing over to the Down line and on to the single line section.  Work has been ongoing for some time to prepare for Up line running.  This has involved designing the adaptations to the signalling system which includes re-designing parts of the interlocking system and track circuiting, installing a route indicator on the Up Outer Home signal (operated by the ex-Larbert Junction No. 17 signal motor) and providing a new starting signal for Up platform departures – the Up Platform Down Starting signal.  Further work has involved moving the Somervale siding points and the construction of another 4-lever knee-style ground frame to control siding movements (again this ground frame will use Annett’s key release from the signal box), and the installation of a facing point lock (FPL) and detection on the crossover points.  A second FPL and detector will be required for the Somervale siding points.

The new system will permit bi-directional shunting on the Down line.  In connection with this, a replica of the famous Evercreech Junction North No.21 ‘bow-tie’ backing signal has been constructed which will be installed prior to commissioning the Up line. A motor-operated point has been installed where the two running lines converge.  An SR upper quadrant calling- on arm (based on one at Worthing) will allow cautionary access to the Up platform when it is occupied or the Up Inner Home signal will allow access to the Up platform when the track is not occupied.  A new Up fixed distant has been built and has been located where the original up distant was located some 1000yds from the box. The design is based on the Evercreech Junction North Down branch fixed distant which was a L&SWR lower quadrant design and utilises parts from the original Moorewood Sidings Up distant.

Work has been completed to install and kit-out eight location cabinets and energise the signalling, track circuitry and control points at a distance of over 500yds from the signal box.