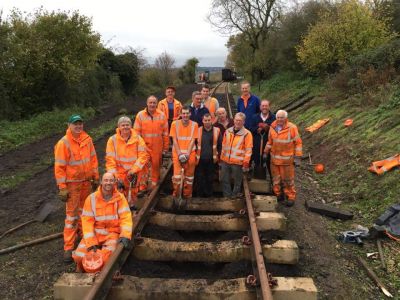 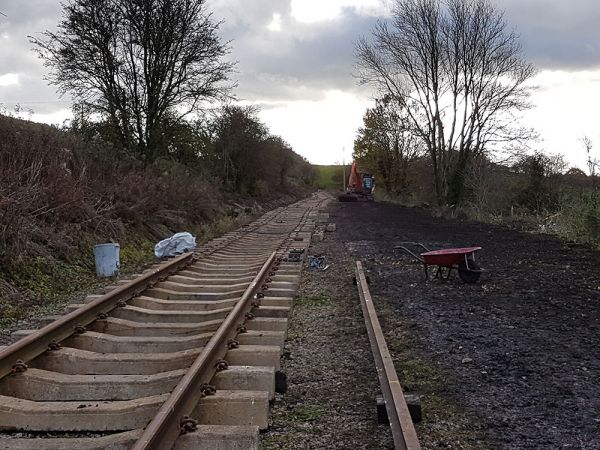 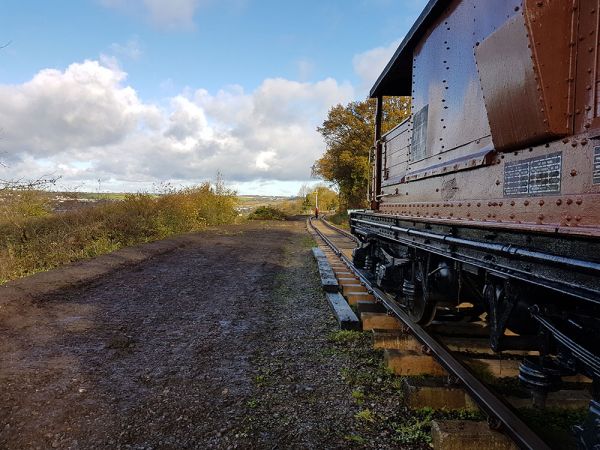 The first of the two working weekends planned by the Track Gang got off to a great start with excellent progress made despite some variable weather over the two days. The intention behind the two working weekends was to try and make some rapid progress on completing the track laying for the extension. For the first weekend, the plan was to focus on the Hunt Crossing and build an access point to allow the Road Rail Vehicle to be placed onto its road tyres and used for the movement of the concrete sleepers along the track bed.

However a change of plan and a terrific gesture by Norman in arranging for a 360 excavator from Penny's to be brought to site for 4 days, enabled the trackbed to be graded, approx 200 concrete sleepers spaced out along the trackbed from a number of stockpiles along the trackside and these were laid out on the Saturday to within 150 feet of the infill.


The track gang on the Saturday was bolstered by members of the Monday Gang and a new volunteer making 16 working members on site. As well as spacing out the sleepers, the track gang jacked and packed two lengths of rail using tons of earth and ballast reclaimed from the graded trackbed to level the running line and prepare it for ballasting at a later date.

On the Sunday, numbers were 14 with another new volunteer joining us on site, despite a wet start to the morning, the sturgeon was brought up to the Hunt Crossing and the rubber mats off-loaded to enable the crossing to be built next weekend. Other work involved off -loading the rail from the sturgeon wagon at a location near to the current railhead. Once this was completed, the track gang focussed on cutting and drilling two lengths of 60' rail and another panel was completed by the end of the Sunday.

If you would like to get involved with the second working weekend, please contact Stephen Lacey on 07905 775373